“Deferred maintenance.” It’s a term that Lee’s Summit real estate professionals hear frequently. It describes a Lee’s Summit home that has been neglected and raises red flags concerning its condition.

Putting off routine home maintenance can not only lead to big, ugly, expensive problems down the line, it causes a significant loss of your Lee’s Summit home’s value when it comes time to sell.

Let’s take a look at five of the most common Lee’s Summit home problems and all of them can be prevented by changing bad habits. 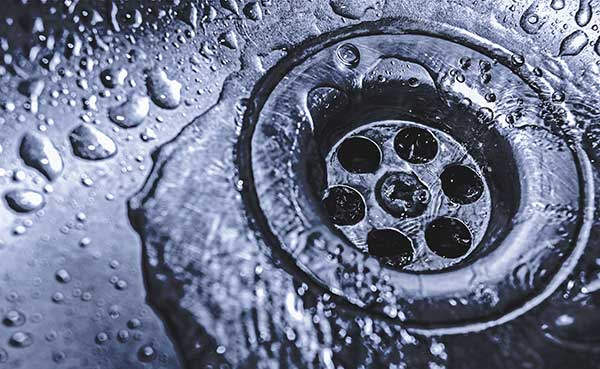 Although it’s easy to assume that the garbage disposer can grind up just about anything you throw at it, use caution. Everything that you put down there will end up in the drain pipes. Some of it will exit with ease while other substances can sit, accumulate with others and cause a great-big headache of a clog.

Grease and oil are the most common culprits when it comes to clogged kitchen drains. Lee’s Summit Plumbers recommend pouring the grease into an old coffee can or something similar. Let it sit until it cools and congeals and then throw the container in the trash.

Garbage disposers don’t properly grind up certain fruit and vegetable peels, such as apples and potatoes. Peel them over a trash container instead.

Starchy foods, such as rice and pasta will swell with the addition of water and coffee grinds should never be poured down the drain, Lee’s Summit.

In fact, according to the pros at atomicplumbing.com, “Nothing causes more blockages and clogged pipes than coffee grounds and grease. Even if you don’t put them down the drain at the same time, they’ll meet up and form a sludgy impenetrable nightmare.”

Whether it’s your fear of heights or because they’re easy to forget, the gutters around your home need your attention, Lee’s Summit. When debris, such as leaves and twigs, builds up, it blocks the free flow of water. The water will back up and can damage both the exterior of your home and the roof’s eaves.

“If you let gutter cleaning go by the wayside, it can cost you hundreds or thousands of dollars,” Jeff Lambert with The Gutter Man in Houston tells angieslist.com.

While you’re at it, don’t forget to clean out the downspout as well. Lowe’s has produced a handy video that will walk you through the process. You can find Lowe’s at Summit Woods Crossing over on Chipman in Lee’s Summit.

Gutters should be cleaned out every three months, according to the experts.

3. Not replacing the AC filter

Allowing your HVAC filters to become clogged with fuzz can end up costing you a fortune.

“A system that has a dirty filter can suffer from pressure drop, which can lead to reduced air flow, or ‘blow-out,’ resulting in no air infiltration at all,” according to Nick Gromicko and Kate Tarasenko with the International Association of Certified Home Inspectors.

This causes the system to have to work harder and “any mechanical component that has to work harder to run efficiently puts undue stress on the whole system, which can lead to premature failure, resulting in repair or replacement,” they continue.

Here’s some incentive to help you remember to change the HVAC filter every month to three months: The average cost, nationwide, of a new air conditioning system is $5,369 (according to homeadvisor.com) and you can pick up a new filter for less than $1 at the big home improvement stores.

We don’t know why, but one of the most common complaints of new Lee’s Summit homeowners is that the water heater broke down shortly after they moved into their home.

The purchase and installation of a new water heater averages to $1,048, nationwide. If the unit failed because of a burst pipe or leak, plan on paying an additional $4,000 (after the insurance deductible) or so to fix the damage, according to the Insurance Institute for Business and Home Safety.

But, with a little maintenance you can extend the life of this oh-so-important appliance. Check out the video walk-through of water heater maintenance at thisoldhouse.com.

Lee’s Summit homeowners can save 10 percent on their water bills just by fixing leaks, according to the U.S. Environmental Protection Agency. But, that’s just the beginning of how much you’ll save.

Leaky plumbing allows moisture to seep into floors and walls and, if ignored long enough, can cause damage that may cost thousands of dollars to repair.

Some leaks are easy to diagnose (a dripping bathtub faucet for instance). Others may take a bit of sleuthing.

Plan on performing a routine inspection of the home’s plumbing system at least once a year. Check the toilets for worn flappers and check all under-the-sink valves for signs of moisture leakage.

To determine if your Lee’s Summit home has hidden leaks, the EPA recommends that you check your water usage “during a colder month, such as January or February. If a family of four exceeds 12,000 gallons per month, there are serious leaks.”

Another way of detecting hidden leaks is to jot down the reading on your water meter and then don’t use the water for two hours. Check the reading again. If there’s a change, you may have a leak.

Colorado’s Thornton Water Works offers a video to walk you through looking for hidden leaks. If you need help, call your local Lee’s Summit Plumber.

Let's Talk!
SCHEDULE A CALL
You may also be interested in...
Real Estate Continuing Education | KW Lee’s Summit Lunch and Learn
We had another great Lee’s Summit KW Monday Lunch and Learn Session with our in-house Prime Lending and Radian Mortgage...
Go from Lee’s Summit Renter to Owner
Have you been wondering if you could own your own Lee’s Summit home in the neighborhood? Interest rates have never...
Choosing a Lee’s Summit Real Estate Brokerage
A strong support network is essential to being successful in real estate. The right real estate brokerage will help mentor...
close
Come Check Out My List of Vendors
LET'S DO IT!