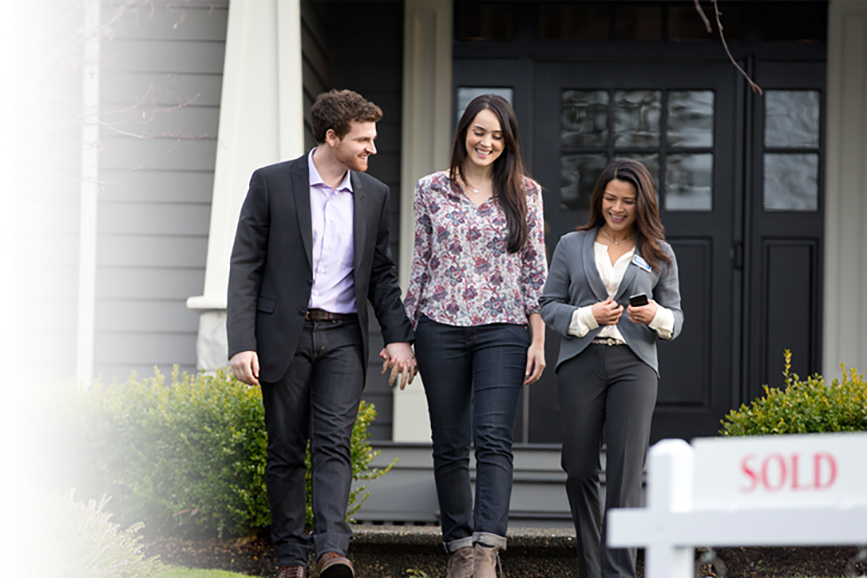 …or better yet, a Lee’s Summit homes expert knowledgeable on both sides of the transaction, like me! (Yes, I toot my horn.)

Selling a home looks so easy, doesn’t it? After all, what does a real estate agent do to get homes sold that you can’t do?

Russel Baze, the winningest jockey in thoroughbred horse racing, makes his job look like a snap. If you pleasure-ride, you wouldn’t be the first to think you may have what it takes to do what he does. But, we dare you to try it.

You must not only be fit enough to remain perched atop a nervous, high-strung horse but remain still as the horse accelerates  down the track at speeds in excess of 30 miles-per-hour.

You’ll simultaneously need to fight the push-back that the acceleration causes, all the while maintaining your balance using only your heels and calves.

It’s common to lack appreciation and understanding of other peoples’ expertise – we take for granted our doctor’s skill and knowledge, the scissor wizardry of our hair stylist and, yes, the marketing chops of a good Lee’s Summit real estate listing agent.

Which leads us to the number one factor that will get your Lee’s Summit home sold.

Unless you work in marketing as your profession, it’s safe to say you may know little about how to market a home. To do so, strategically, requires:

A few weeks ago, while looking through the MLS listings for Lee’s Summit homes for a buying client, I came across a home that was priced so low that I naturally assume it needed major work.

I took a closer look at the listing and learned that it was being sold by owner (FSBO). It had been on the market for nearly a year, in a market where the average home sells in 64 days.

Typically, a home that sits on the market for too long does so because it’s overpriced. This home, however, was priced at rock bottom and STILL no takers.

I have no idea what other marketing avenues the seller was using, aside from an MLS listing, but even with that, he or she failed miserably.

The first thing buyers look at in a listing are the photos. This Lee’s Summit listing had only four photos, the first of which was a shot of the front of the home. It was not only blurry, but it was snapped from too far away. The home has curb appeal, but you can’t see it in the photo.

The next photo was of a long, narrow, empty room. I assumed it was the living room. If it were staged, potential buyers wouldn’t be left guessing the room’s purpose.

The kitchen, the most important room to most buyers, lacked any appeal whatsoever. Or, was it that the photo was so dark and, again, blurry?

Then, the homeowners included a photo of a pool table.

The final image was the bathroom (the second most popular room for homebuyers). The toilet seat was left up, the shower curtain was open, the counter was littered with toiletries and the photo had almost no lighting.

If this home seller is trying to make less for the home than it’s worth, he is doing a bang-up job.

I certainly don’t expect a Lee’s Summit homeowner to have professional photography skills any more than I hope my clients don’t expect me to have them. Which is why it’s so important to rely on a pro to snap the photos of this HUGE investment you’re trying to sell.

Crisp, sharp, well-lit, compelling photos – and lots of them – go a long way toward getting homebuyers off the internet and into your home.

Staging empty rooms is vital if you want to sell quickly and for top dollar.

Imagine you’re trying to sell your car on Craigslist. Will you merely post dark and blurry photos of it without a bit of text outlining the car’s details? If so, will you really expect to be inundated with inquiries about it?

A professional Lee’s Summit listing agent understands how to use the limited remarks section for all its worth. He or she knows who is in the likely-buyer pool for the home and targets these people by highlighting the features they demand.

This is knowledge that the average homeowner lacks

The final nail in this Lee’s Summit home’s coffin

I did an even deeper dive into MLS statistics for this home and the results were fascinating. As mentioned earlier, the home went on the market nearly a year ago. Two months after listing it in the MLS, however, the homeowner dropped the price $10,000.

Naturally, he or she noticed other Lee’s Summit homes flying off the market and assumed he’d priced his too high. If that were really the case, lowering the price would provide fresh exposure and a new round of buyer interest.

Still didn’t sell. So, and this is quite curious – four months later he raised the price $10,000. This happened three months ago and the home is still on the market.

Sadly, at this point the home is stigmatized. Buyers tend to steer clear of homes that have been on the market this long, assuming there is something wrong with them.

The competition is kicking his hiney

The Lee’s Summit listing that comes up next to our homeowner’s is priced $29,000 higher and being marketed by a pro. The home has been staged, the photos are brilliant and the listing remarks top-notch. In a side-by-side comparison, the slightly-more expensive home wins, hands down.

Now, this example is of the MLS listing, just one aspect of what it takes to market a home for sale. We have no idea if the homeowner is utilizing other marketing vehicles, but we doubt it. Homes just do not sit on the market for this long when they’re marketed professionally, unless the market is shifting.

Without a professional to guide him, he will take a beating on price when and if the home finally sells.

In the hands of a capable Lee’s Summit listing agent, this homeowner would’ve priced the home competitively out of the gate. The home would’ve been completely prepared for the market, thus justifying the price.

The appropriate research mission would let the listing agent know who to target in the marketing plan and where and how to reach them.

If I knew this homeowner, I would’ve cautioned him against dropping the price until he’d fixed the home’s presentation issues, re-photographed the home for the MLS listing and added some compelling text to it.

Of course, if the seller decides not to spend money and sell as is instead, then the home must be compared to others in the market in terms of condition, price and what buyers are willing to pay for the condition of the home.

Now, I know that what I do isn’t rocket science. Statistics show, however, that your home, in the hands of a Lee’s Summit professional, experienced listing agent, will sell for more than you’ll make if you go the DIY route.

Check out my Home Selling System here. If you like what you see, let’s talk!

Let's Talk!
SCHEDULE A CALL
You may also be interested in...
Do these 5 things as soon as you move into your new home
In all the excitement of moving and trying to get settled in the new home, the last thing you want...
What you need to know about buying a home on a septic system
Not all homes are on city services – some have their own systems to deliver water and remove waste from...
Win hearts at your next tailgate party: Margaritas for a crowd.
Sure, beer is the official beverage of the great American tailgate party. But it’s time to step out of the...
close
Come Check Out My List of Vendors
LET'S DO IT!